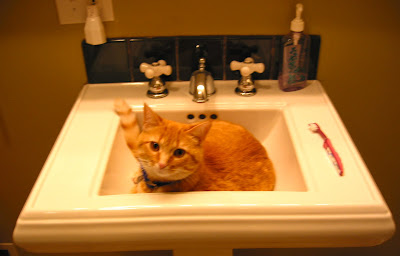 You have no idea how profound a hole the loss of your unassuming companionship has made in all of our lives. Your friendly, meowing conversations, the strange attachment you had to that pair of pink barbie underwear-short things, the way you would get yourself locked in the pantry closet and we'd find you hours later, perfectly happy, having chewed your way into the food bag. 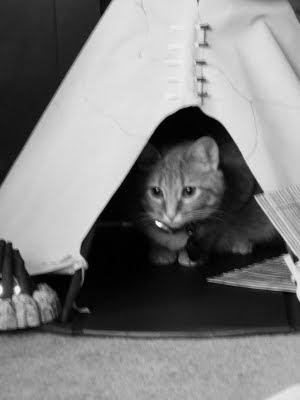 The snakes you'd drag in to the dining room, the comfortable way you'd plop down and snuggle with (or on top of) us on the couch or in the bed. Your chattering, happy self, your adept moth-chasing skills, your inexplicable speed given your size. How easy it was to make you purr happily. Your amazingly tolerant disposition, and even the way you'd suddenly spring once your limit had been reached. 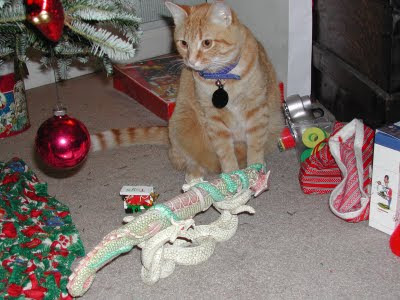 I hope you enjoyed your life with us here, because we sure as hell adored every second that we had with you. I could go on forever about you, your sweet, loving, feisty at times but laid back manner, your amber eyes that matched your awesome orange fur so well, and all the wonderful things you'd do, all the memories you gave us, all the joy and wonderful gifts you gave us over the years. 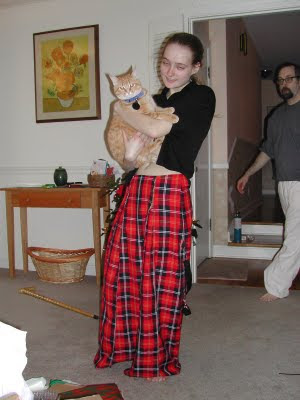 You left us all too soon, Cinnicat. We weren't done nuzzling you and begging you for company, watching your delight at every meal, greeting you in video chats from afar... 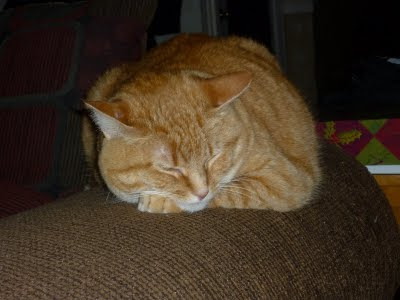 Rest in peace, babycat.
We love you.
And we always will.
Posted by Kat at 4:12 AM No comments: