There is one analogy for understanding emotional health and well-being that basically centers on the idea of  each person having a cup that is filled by things like rest, love, friendship, connection..in order to be healthy and happy, you need to have a full cup. The lack of those simple things, and the hardships you endure slowly drain your cup, leaving you depressed, angry, lonely, apathetic, and sad. 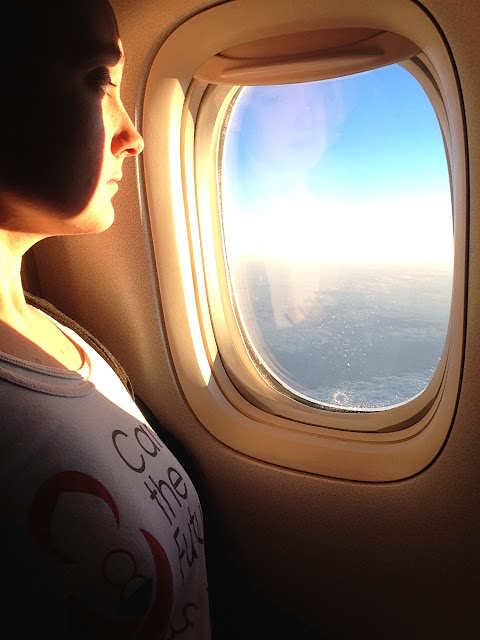 So much of what is happening in the middle east right now is draining cups left and right...so much pain and confusion and loss of connection to family, community, friends...the loss of the self to a sea of objectified persons lumped together in a single, all encompassing label: refugees.  It's easier to malign a group of people if they are just that; a group.  But tonight (this morning?  I have no idea of what time or day it is right now, but my heart is full and breaking at the same time, and stopping now without reflecting would keep me in an awake, adrenaline fueled state that wouldn't serve anyone...) we got to start lifting the veil on that dismissive label; and tonight we fit our first carriers.


I left the states on Sunday, after working solidly for 30-some odd hours prepping and packing carriers, met my team at the airport, where we had  a cinematic mad dash to make our flight...and of course I got stuck at security, getting the full pat down and delaying our whole team...eventually I was cleared and we RAN for the gate...which was of course the single farthest gate from the airport entrance, but somehow we made it.

That flight was largely uneventful (except for the soldier who wanted a backrub...) but rather pleasant. Connected in Zurich to Athens, had many hilarious moments of juggling the nearly 600lbs of baby carriers I packed along with all of our personal luggage and two MORE bags that Sarah brought...Rode in a van overstuffed with carriers, exhausted and giddy...we passed the old Olympic stadium, which is now home to so many refugees...checked into our room, met the rest of the team, had a lovely meal on the beautiful rooftop restaurant at our sweet little hotel, then got to work packing the carriers into "Go" position and then word came down that there was, indeed, a ferry coming in tonight, late, at like 10:30...so we prepped, went upstairs for a glass of wine, Met the powerhouse that is Rita  - the woman who pretty much single handedly runs the permanent on the ground wing of CTF - and two of her helpers, and headed for the port.

While we were setting up to meet the ferry, a young man thanked us for helping and told us that his family was on this ferry, he was there to reunite with them after two years, and they had squeaked in just before the new rules took effect.  He said his family called to tell him that only people who had a place to stay would be allowed off the boat, that they were going to make the rest of the refugees stay on the boat until morning, at which point they will be put on busses and taken to the camps.

We learned that this man was from Syria, and while we chatted for quite a while and he was quite helpful to us in trying to figure out what was happening with the refugees on the boat (which had been behaving erratically all day, so we knew something was up) declined to have his photo taken with us because he used to be a journalist and reported on things that the powers that be didn't want known, so now it is not safe for him to be recognized ...

Later some anxious looking men came to me saying a word I didn't understand repeatedly, they seemed to want to know where to go...I directed them to someone who could help and later learned that what they had been saying amounted to a safeword, and they were telling my deaf ears that they were actively being sought and their lives were in danger.

It turned out to be true, they weren't releasing any refugees without a place to stay from the craft...so since they couldn't come out into the open where we could help them, we decided to go to them, and got on the boat ourselves!  This was a first not only for us, but for all of CTF.  They've never done something quite that brash before, but then again they had never needed to.  We respected the authorities wishes that we didn't take any photos on the boat, but man oh man...as soon as we walked into the top level of the boat where they were being kept, I spotted a man and woman sitting with a tiny kid...and we hit the ground running from there.  Our team scattered across the holding deck, and working as quickly as we could safely do, we fit carriers onto every willing parent we could find...That first gentleman I approached had 6 children, all quite young...I fit carriers onto both he and his wife - he was adamant that I fit him if it was only one, and was very happy when I was able to fit them both...one baby was awake, and the minute we got her into her mom's new carrier her tears dried and she looked up at me and smiled and it melted my heart.

When the dad stepped up to be fit for his carrier, I realized he had no shoes.

First thing I realized was how much easier this task was than I was anticipating.  People we so grateful to have a way to keep their children safe and secure without their hands...and every acting exercise I have ever done that requires you to tell a story or communicate something wordlessly made this act of instruction without words very natural...in fact, it felt so natural that I found myself slipping into speaking in gibberish, which is common in that type of exercise, but utterly ridiculous out of context...I think it helps me to not focus on the words, but on the meaning and the action.  Eventually I became self conscious of that, lest anyone know enough English to think I was mocking them or something, so I tried to stay away from the gibberish,,.but somehow, not focusing on the words and cutting off the gibberish lead to speaking (wait for it) Spanish.  Why? I have no idea, there was absolutely no context for me to start speaking Spanish and it did no more good than the gibberish!


But, I digress...I went on from family to family, hopping over seats and sleeping children to reach as many people as I could...It was so awesome to discover how much I was able to communicate - and physically do! - in so little time...we spent only moments with each person, and in less than an hour, we were done.  Walked back to the hotel, repacked more carriers for tomorrow, grabbed some hot chocolate, hit the showers, and called our own families at home while we decompressed.  ...Except Rita and her guys...they hopped int a to small car to go in search of a kitchen in order to bring food to all of the people stranded on the boat! She is a true rockstar and I'm so glad they have people like her on the side of compassion.

There is too much for me to ever be able to fully express or recount what I experienced tonight...there is so much to process...so much has happened since I last went to bed (forever ago!) and I know I will never have words to describe the ephemeral guts of it...But I will say, the babies I held, the parents I fitted, the people who I had nothing for that I exchanged smiles with...It was heartbreaking. But also really really wonderful - exhilarating, I'd say, to hit the ground running, and after all this theoretical talk here I was dressed in as many baby carriers as I could fit on while retaining my ability to move, standing at attention as the boat docked, the reports came in, the police patrolled the perimeter..

That gentleman was thankfully reunited with his family, and the men seeking immediate help were at least pointed in a good direction...and so many people in these situations...

I guess it's like Mr/ Rogers said; look for the helpers.  Tonight I got to BE one of those helpers on this scale for the first time, and let me tell you - it isn't that I'm doing anything heroic or dramatic or even special, but seeing the excitement, gratitude, and smiles in their eyes as I communicated with them and greeted them and fitted  them... That, my friends, those smiles, that glimmer of humanity in the face of colossal loss and terror...that is what gives the Helpers their magic. It's not just that they physically help, it is that their presence and compassion refill our cups, little by little, and it touches lives beyond just one person in the moment - it has the power to move in a ripple effect across all of humanity.


Tonight I got to have a front row seat to seeing that magic's amazing work in action.  It is beautiful, it is glorious, and it is real.